My ex-girlfriend bought me handkerchiefs for my birthday after showering her with presents” – Man narrates….

A young man identified simply as @k6rocks by his Twitter handle narrated the story of the time he received a strange birthday gift from his ex-girlfriend. The man shared the story on the popular micro-blogging platform. The man explained that his ex-girlfriend had given him handkerchiefs as a birthday gift not long after he showered her with gifts. He noted that he gave her gifts after he came back from the United Kingdom and instead she gave him handkerchiefs for his birthday. “I remember when my ex bought me handkerchiefs for my birthday lol. This was after I just came back from the UK and showered her with gifts. It is well sha”, he tweeted… what would be your reaction if you were in his shoes.

No items liked yet. 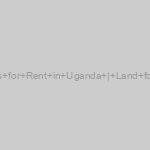